The funeral service will be held at 3:00 PM on Wednesday January 6, 2016 at the Pine Hill Baptist Church with interment to follow in the Church Cemetery. The Rev. Donnie Wright will officiate.

Mr. Cook was born on February 4, 1933 in Sylvester to the late William Avery and Julia Mae Watson Cook. He had lived in Worth County since 1978, having previously lived in Tift and Dougherty Counties. Mr. Cook was retired from National Linen Service after 30 years. He was a veteran of the United States Army having served during the Korean War. Mr. Cook enjoyed working in his yard, gardening, cooking and doing mechanic work. He was a member of Pine Hill Baptist Church.

The family will receive friends on Tuesday from 7:00 PM until 9:00 PM at Banks Funeral Home.

Banks Funeral Home is in charge of arrangements. 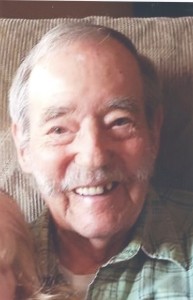