TIFTON—Always mindful of military veterans and their important role in protecting the freedom of citizens of the United States, Abraham Baldwin Agricultural College went a step further in the calendar year 2015 by opening a Veteran Success Center and announcing plans to honor Tifton’s only Medal of Honor recipient.

On April 23, ABAC President David Bridges announced plans for the college to open the Veteran Success Center and also begin the ground work necessary to house the memorabilia of Harold Bascom “Pinky” Durham, Jr., who gave his life for his country in Vietnam on Oct. 17, 1967.  Durham, an ABAC alumnus, became Tifton’s only Medal of Honor recipient when he was honored posthumously in a presentation to his mother, Grace Durham Jolley, on Oct. 30, 1969.

“ABAC will become the home for the Pinky Durham Museum,” Bridges said.  “It will provide people from this community and across the world an opportunity to learn about this great American.”

Bridges said the Veteran Success Center would be a place where students who are veterans “can gather, study, work together, and access the support and assistance they have earned and deserve.”

Thanks to the hard work of Director of Student Accounts and Veterans Certifying Official Jessica Swords and others, the Veteran Success Center opened on Aug. 21 with a mission of providing service and support to veterans, military family members, and those currently in service with our nation’s armed forces.

ABAC student Matthew Bridges, who is a retired corporal from the United States Marine Corps, thanked ABAC for making veterans a priority.

“In the military, there is a saying ‘leave no man behind’ and with your continued help, we can help the students who are veterans now and in the future,” he said.  “I know I owe my own success both personally and academically to the staff here at ABAC, and that is greatly appreciated.”

Swords received one of the highest honors bestowed by the University System of Georgia when she was named a Gold Level recipient of the Chancellor’s Service Excellence Award for an Outstanding Individual on Oct. 21.  Another top ABAC honoree was Kathy Moreno, an assistant professor of accounting in the Stafford School of Business, who received the 2015 Outstanding Accounting Educator Award from The Educational Foundation of the Georgia Society of Certified Public Accountants, Inc.

Other 2015 accomplishments included the fact that ABAC became the first nursing program in the state to provide tablets and electronically integrate learning resources for its students in January. An Evening for ABAC sold all 400 seats available for performer Katie Deal and raised $62,000 for student scholarships on March 6.

The 2015 spring term marked the fourth consecutive semester of enrollment growth.  ABAC was the only college or university south of Macon in the University System of Georgia which had an enrollment increase in both the 2013 and 2014 fall terms.

ABAC was named a Best Value school by University Research and Review for the second consecutive year.  A record-breaking 409 students completed the requirements for graduation at the end of the spring term.  A total of 117 students, also an all-time record, received bachelor’s degrees, during the spring commencement ceremony on May 7.  The Stafford School of Business also set a record by awarding 24 bachelor’s degrees in the new business and economic development degree.

ABAC broke ground on the $8.5 million laboratory sciences building on June 25.  Eight laboratories will be the core of the 20,966 square foot building, which will be ready for fall semester 2016 classes.

Fall semester figures showed that 41 per cent of ABAC students are now enrolled in bachelor’s degrees, the largest number ever. Every one of the 1,400 available spots for on-campus housing filled up during the fall term. A five-year federal grant worth $2.125 million brought the College Assistance Migrant Program back to the campus after a one-year absence.

Perry Johnson was named the Dean of the Stafford School of Business on Dec. 4.  He is a 1977 ABAC graduate who is a former chief investment officer and chief executive officer of BME Investment Partners in Atlanta. He replaces Dill and Susan Driscoll who have resigned their positions as co-deans to return to their private business. 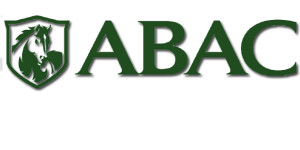