The Worth County Board of Education held an appeal hearing last Monday evening to reconsider the punishment for a fifth grade student accused of perpetrating the second bomb threat at Worth County Elementary School. The ten-year-old was arrested in January after allegedly writing a bomb threat on the bathroom wall at WCES, then reporting the threat to his teacher as if he had just stumbled upon the malicious words.

A handwriting analysis, footage of a security camera ins 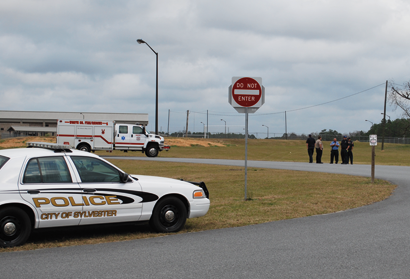 ide the school and the testimony of the student’s father admitting his son had confessed to the false threat led to the 10-year-old student being charged with terroristic threats and acts, transmitting false alarm, and disruption of a public school.

Full details of the hearing and its results can be found in the next edition of The Sylvester Local on March 13, 2013.