Born April 12, 1934 in Wilcox County, Mr. Rhodes was the son of the late James Archie Rhodes and the late Eva Grace Elder Rhodes. He retired from Ayres Corporation and had worked for many years for Firestone in Albany, GA. He enjoyed fishing, gardening, woodworking and taxidermy. He was Primitive Baptist by faith and will be remembered as a loving husband, father, grandfather, great grandfather, and friend. He dearly loved his family and they dearly loved him.

In addition to his parents, Mr. Rhodes was preceded in death by his son, Cecil Gerald Rhodes and his father-in-law and mother-in-law Philip and Lola Mae McGee.

Survivors include his wife of 61 years, Ruby Inez McGee Rhodes; daughter and son-in-law, Phyllis and Jimmy Ball of Byron; sons and daughter-in-law, Curtis Wayne and Wanda Fussell Rhodes of Sylvester, and Kenneth Rhodes of Savannah; sisters and brothers-in-law, Emma Jane and John Tomberlin of Fitzgerald, and Pam and Robert Kicklighter of Screven; brother and sister-in-law, John and Mary Rhodes of Abbeville; 6 grandchildren; and 5 great-grandchildren; and several nieces, nephews.

The family will receive friends Wednesday from 6:00 until 8:00 p.m. at Hall and Hall Funeral Home.

You may express your condolences to the family by visiting our web site at www.hallandhallfuneralhome.com.

Hall and Hall Funeral Home has been entrusted with the care of the Rhodes family. 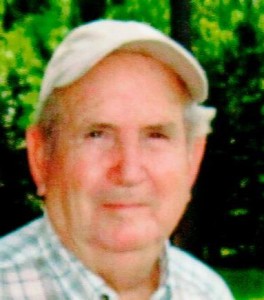