Just after 5:00pm on Tuesday afternoon, calls came in reporting that a fire had erupted at ConAgra Foods. Unofficial reports indicate the roaster caught on fire causing a fan to explode. Employees at a plant next door say they heard a loud boom and then saw a huge burst of flames. Officials have confirmed the fire was contained and employees were safely evacuated with no reported injuries. 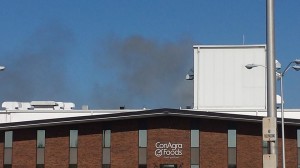 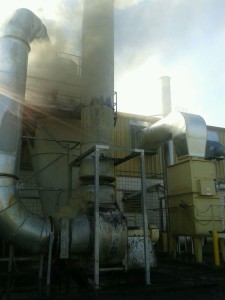