Worth County Tax Commissioner Tabetha Dupriest stated last week that vehicle tag renewal notices will not be mailed out for the month of December. She also encourages all Worth residents with a December birthday come in early if they have questions concerning their bill.

Problems with the notices all over Georgia cropped up two months ago after the state announced that the company responsible for printing and mailing renewal notices for most of the counties in Georgia, World Marketing, had filed for Chapter 13 bankruptcy. Some 2,666 Worth County residents may not have received their renewal notices in time for October, but the state announced that a temporary agreement had been formed with Wells-Fargo to print and mail the prebills for November and December.

However, there were a number of issues with the November notices as well. So last week, the Georgia Department of Revenue sent an email to the Worth County Tax Commissioner just after noon on Wednesday to offer an update concerning the December Tag Renewal Notices. In short, the state is working to fix the problem, but they will not be sending out renewal notices for December. While they hope to mail out the notices for January, they will like not go out until the first or second week of December.

The Department of Revenue has recommended that DuPriest mail out a generic notice to every vehicle owner whose tag will expire in December. Though the request must be approved before they are sent, she spoke with County Administrator Alan Grindstaff last week, and he agreed that the notice should be mailed. The tax commissioner advises vehicle owners to be on the lookout for the letter.

With property taxes due in December, DuPriest is also concerned that her office will be overwhelmed with calls and visitors next month, so again, she encourages residents to come in early and pay their bill to avoid long waits. If a resident calls the tax commissioner’s office to inquire about their bill, please have your tag number ready. If no one answers (due to high call volume), please leave a message stating your name and tag number and someone will return the call as soon as they are available. Residents can also email the office at worthtc058@gmail.com and leave a name and tag number for information.

“Please be patient. We’re trying to make it as convenient as possible, and IT is working to sort out the problem. We’re looking for any way we can help ease the burden, and hopefully we’ll have all of this resolved by January or February,” DuPriest explains. “If you have a December birthday, you can renew now. The sooner you come, there will less chances of having a long wait or getting a busy signal.” 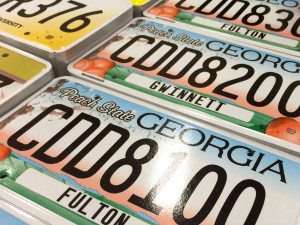