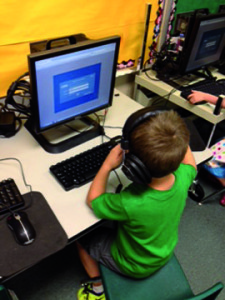 The Worth County School System released information last week regarding the 2015 graduation rates and the first Milestone Test results. After four consecutive years of improved graduation rates, Worth County fell 4.1% this year to a total of 76.3%. Meanwhile, the state average rose to 78%. Still, the recent rate remains above those from 2011 (65.8%), 2012 (72%), and 2013 (74.4%). Last year marked the five year high for Worth graduates with 80.4% of seniors graduating in 2014.

According to a press release issued by the school system, “The GaDOE calculates high school graduation rates using a new formula (the four-year adjusted cohort rate), which is a new requirement from the U.S. Department of Education. The new rate calculation is based off of following students from the time they enter as freshmen and then go on to earn a diploma within four years. The former rate calculation defined groups at the time of graduation, which may have included students who took more than four years to receive a diploma.”

In addition to the graduation rates, Worth County Schools mailed out test results for the first Milestone Test last Thursday. The new test replaced the previous graduation test, and as Dr. Amy Chafin, Curriculum Director for WCSS explains, the results include a mixed batch in which students from 5th grade, 8th grade, and high school took the test online for the first time.

Dr. Chafin says the first results will comprise a baseline year where the system cannot compare the scores to the previous test. However, the results revealed areas that need to be improved immediately. For example, the curriculum director says students need to write more as well as work on constructive responses and preparing analysis training.

However, the scores also show Worth students excelling in certain subjects and grade levels. For example, Math and U.S. History scores are above the RESA average for Worth County’s high school students. Meanwhile, 3rd graders tested above RESA average in Language Arts and Science, and above the state average in Social Studies. Worth’s 6th graders tested above state average in all four content areas.

Worth Schools Superintendent Kay Mathews also mentioned that Worth County has worked to ensure that technology is integrated into the curriculum starting in primary school as the trend towards online administering continues. The schools also offer computer literacy in an effort to make the students more comfortable with taking tests online.