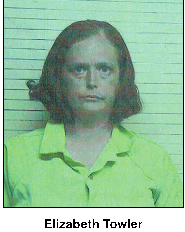 On Tuesday, August 19, the Worth County Sheriff’s Office received information that marijuana was being grown at a residence on County Line Road. Following up on the tip, Deputy Wesley Chambless, Deputy Dustin Steven, and a WCSO investigator paid a visit to the property around 1:30 that afternoon.

Upon arrival at 916 south County Line Road, the investigator knocked on the front door, but no one answered. The deputies walked around to knock on the back door when they found what appeared to be the stalks of marijuana plants, with leaves still attached, lying in a trash pile near a wooden shed. They also noticed several extension cords running from the house to the shed, and they could hear a humming noise coming from inside the wooden structure.

At this time, the investigator returned to the courthouse to obtain a search warrant for the property while the two deputies remained on scene.  The investigator returned at approximately 3pm with the warrant and the officers entered the shed to find what appeared to be two tents inside. According to the deputy’s report of the incident, the tents were unzipped to reveal a fairly sophisticated growing operation with several marijuana plants in pots, fans and dehumidifiers to regulate the climate, and a lighting system with digital voltage/dimmer mechanisms. Additionally, processed marijuana was found in a cloth bag on the ground inside one of the tents.

The officers then entered the front door of the residence to find two females, a male, and an infant in the living room. Upon searching the home, more marijuana plants were found growing in a closet. More processed marijuana in Mason jars and several smoking devices including a rifle scope that had been converted into a “bong” were also uncovered. In the refrigerator, the deputies also found a Pyrex pot containing “cannabis butter.” According to Sheriff Jeff Hobby, the butter is called “cannabutter” and is used to cook brownies, cookies, muffins and other high inducing edibles.

The infant was released to a grandparent at the mother’s request. Then, the three suspects, Elizabeth Towler, Tristan Williams, and William Johnson were all arrested and charged with manufacturing marijuana and possession of drug related objects.