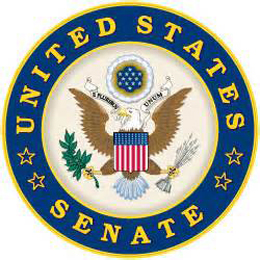 Georgia lawmakers began the process of passing Senate Bill 186 last week. SB 186 would essentially eliminate legal organ status for newspapers and enable all legal advertisements and public notices to be posted on an electronic website. This bill would effectively require all Georgia residents, who wish to know what their local and state government entities were up to, visit this webpage on a daily basis for information ranging from job announcements to changes in dates and times of scheduled meetings.
This is a first amendment issue regarding freedom of the press. Community newspapers offer the public a cheap and easy way to access information on a daily or weekly basis, while simultaneously holding city and county government entities accountable for the decisions they make. Furthermore, newspapers like The Sylvester Local provide documentation of called meetings and decisions made by government officials. If the bill is made into law, it would place a heavy burden on the average citizen to keep up with the goings on of their local government.
According to information provided by Georgia Press Association President Eric Denty and GPA Attorney David Hudson last week, SB 186 passed out of the Senate Committee on March 4 with a 3-2 vote. Senator Greg Kirk, Americus and Senator Gloria Butler, Stone Mountain voted against it. Senator Michael Williams of Cumming and Senator Marty Harbin of Tyrone voted for it.  The Chairman, Senator John Albers of Roswell, broke the tie. It now goes before the Rules Committee. Members of Rules Committee include: Senator Ross Tolleson, Senator Bill Jackson, Senator Bill Cowsert, Senator Steve Gooch, Senator Bill Heath (sponsor of the bill), Senator Steve Henson, Senator Hunter Hill, Senator Jack Hill, Senator Judson Hill, Senator William Ligon, Senator Fran Millar, Senator Butch Miller, Senator David Shafer, Senator Horacena Tate, Senator Renee Unterman, and Senator John Wilkinson.
This bill would allow any local government entity to publish required notices or advertisements on an electronic web site. It would also give any local constitutional officer the authority to have its notices and advertisements included on the local government’s electronic web site. Particulars of the legislation include the following:
• Use of electronic publishing would be optional with each local government which would have to adopt an ordinance to switch to electronic publishing.
• A local government opting for electronic notices would have to publish instructions for access to its site in a newspaper of general circulation once a month for 12 months, and then once annually each year thereafter.
• Notices on the web site must be maintained for one year after publication.
• A copy of each notice shall be maintained in a separate notice book that is indexed and maintained for public inspection.
• A copy of each electronic notice shall be provided to the public library and Clerk of Superior Court and be available for inspection for at least one year.
• A copy of each electronic notice shall be mailed or emailed to any person who has made a written request for electronic notice with the Clerk of the governing authority. The governing authority may require this request for notice to be renewed annually.
This is bad legislation for two main reasons: it imposes a range of new duties on any local government that opts for electronic notification, and electronic notification would not adequately replace notice that is currently given by advertisements in legal organ newspapers.
Analysis: This is bad legislation for two main reasons: it imposes a range of new duties on any local government that opts for electronic notification, and electronic notification would not adequately replace notice that is currently given by advertisements in legal organ newspapers.
Under current law, when a government agency or government official advertises in the legal organ newspaper, the newspaper is itself a permanent record of what was published and when. The newspaper also provides copies to the Clerk of Superior Court to be preserved for not less than 50 years. That record cannot be manipulated electronically, and the record exists permanently and not just for one year. All that a local government or official is required to do is place the advertisement, and the local government or official’s responsibilities are concluded. Under SB 186, local governments would be required to create an appropriate web site, create an index, create a repository for paper copies and index that repository, and provide ongoing service of advertisements and notices by mail or email to anyone who requests to be copied. As to the effectiveness of notice, for notices published in the legal organ newspaper, it is not necessary that an individual own a computer and have access to internet service – both of which are expensive. Subscriptions to county legal organ newspapers are modest by comparison. Just a couple of examples illustrate the point. The Daily Tribune News, the legal organ for Bartow County, can be purchased for $.50 per copy or can be received by carrier delivery for $10.00 per month. In contrast, Comcast internet service in Cartersville is $20.00 per month in addition to the cost of a home computer. Going to another part of the state, the Waycross Journal charges $11.50 per month for home delivery but AT&T internet service in Waycross is $29.95 per month plus the cost of a computer. Newspaper notice is inexpensive to the audience to be reached; it has more readership in a community than there are home computers; and it provides a permanent record of the notices and advertisements required by law. Moreover, for those who wish to access legal notices electronically, they are available for free on GeorgiaPublicNotice.com.
Please contact your elected representatives immediately and tell them that SB 186 is bad for Georgia and bad for the ideals and principals that the United States was founded upon. We need honest, open, and transparent government. But, this bill will merely create another means for officials to shroud their meetings and agendas within the cloak of the World Wide Web.