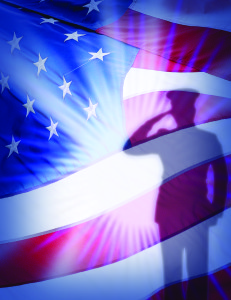 Leon Elmo Thompson, 96, of Albany, GA, died March 26, 2015 at Phoebe Putney Memorial Hospital. Funeral services will be held Monday at 3:00 PM at Mathews Funeral Home. Rev. Bobby Moye will officiate. Entombment will follow at Crown Hill Cemetery with Military Honors provided by The United States Navy.
A native of Kirksville, MO, Mr. Thompson was born to the late Mark Leonard and Evah Loraine Thompson. He graduated from Hurdland High School and served in The United States Navy during World War II. He moved to Albany, GA in 1953 was employed with Merck and Company for thirty one years before retiring in 1984. He was preceded in death by his wife, Jewel Spence Thompson, a son, Tyrone Cox and a brother, Laverne Thompson.
Survivors include his daughter and her husband, Regina S. Thompson and Michael Roberts of Albany, GA, a son and his wife, Sam (S.J.) and Louise Clark of Sylvester, GA, a sister, Edith Musick of Kirksville,MO, a daughter-in-law, Nan Sweat of Waycross, GA and three grandchildren, Anita Barron and her husband, Rick of Amelia, OH, Megan Cox and Mark Cox both of Atlanta, GA.
To sign our online registry or to send condolences to the family, you may visit Mathews’ website at www.mathewsfuneralhome.com.

← Martha Melton Etheridge
From the Family of Deidre Lashion →