The Marine Corps Logistics Command recently held is 11th annual Employee Recognition Day which salutes the workforce for impactful contributions made to the Command.  Among the awards bestowed is the Hall of Fame Award. This award acknowledges that organizations are built upon the foundation of exceptional employees who have served before us, and who have made a significant and lasting impact to the organization.

Lyndia Sue Wright was posthumously admitted to the Hall of Fame on October 15, 2015. Her husband Carror “C” Wright accepted the award in her honor and thanked the leadership and employees in attendance for the support and outreach given to his family since her untimely passing. In addition to her husband in attendance were her daughters, O’Sheta Harris, Maresa Wright, her brother Robert Carrol and his wife Loreta and her Uncle David Jones and his wife Linda. 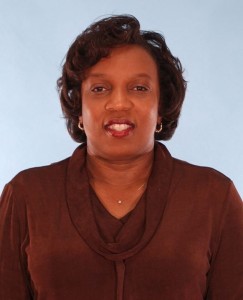