Lyons, Nebraska – Last month the US Department of Agriculture (USDA) issued their final rule to define what it means to be actively engaged in farming, and therefore eligible to receive federal farm payments.The final rule made no progress from the proposed rule issued last May, and it not only ensures access to unlimited farm program payments for the majority of the largest farms in the country, it goes one step further by writing loopholes directly into regulation.

“The purpose of revising the actively engaged definition was to make farm payment limits more effective,” said Traci Bruckner, Senior Associate at the Center for Rural Affairs. “The USDA is, however, clearly more interested in defending the interests of mega-farms by preserving loose definitions that will continue to allow the nation’s largest farms to avoid meaningful payment limits.”

“The lack of effective payment limitations has resulted in federal farm programs financing farm consolidation and the elimination of many mid-size family farms…. Barack Obama and Joe Biden will close the loopholes that allow mega farms to get around the limits by subdividing their operations into multiple paper corporations.  They will take immediate action to close the loophole by proposing regulations to limit payments to active farmers who work the land…. Every President since Ronald Reagan has had the authority to close this loophole without additional action by Congress, but has failed to act.” President Barack Obama, writing as a candidate for President in his rural platform – Obama-Biden: Real Leadership For Rural America

According to Bruckner, the USDA stated in the final rule that the 2014 Farm Bill language prohibits them from applying any new rule to farms structured solely of family members.

“We disagree with that premise, and this rule does nothing more than say the largest and wealthiest farms structured solely of family members are not subject to this new rule or any payment limitation,” argued Bruckner. “In fact, if  USDA would have interpreted the 2014 Farm Bill language correctly, they would have crafted a rule that says farms structured solely of family members can only qualify for farm programs payments if they provide labor – meaning they actually work on the farm,” added Bruckner.

“That is what happens when Congressional leaders throw the will of the House and the Senate under the bus, in the dark of night, behind closed doors… you get messy language. The USDA makes matters worse by choosing to interpret the intent of Congress only in ways that lack reform and are easily evaded by the nation’s largest and wealthiest farms,” said Bruckner. “And of the few farms this rule would impact, those structured as non-family member operations, most will surely work with an attorney to reorganize their operations to be structured solely of family members to evade any payment limitations.”

Bruckner also explained that the new rule affects less than four percent of farm operations. And leaves the loophole door wide open for the other 96 percent, the USDA has issued an invitation to farm reorganizations undertaken to maximize subsidies beyond the payment limit.  Even for those farms who choose to keep their business structures organized as part of the four percent, the new rule provides for a limit over $1 million in subsidies per year for the largest farms.  This is the antithesis of reform.

“The proposed rule makes one improvement, tightening the farm management definition by requiring recordkeeping to back up management claims and adding a quantifiable test for farm management,” added Bruckner. “This small step forward could serve as a key ingredient for real reform if a future Administration should decide to enforce payment limits and actually close the loopholes.”

“However, overall this final rule is fatally flawed, lacks real reform, and will result in few changes other than mega-farms scrambling to reorganize their business structure to fit within the loopholes,” Bruckner concluded. 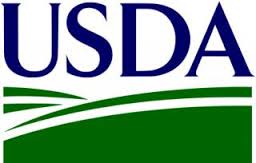