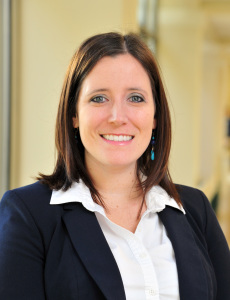 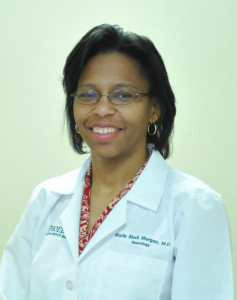 Thanks to the generous donations to Phoebe Foundation, Phoebe Putney Memorial Hospital has been recognized for its participation in the Get with the Guidelines Stroke Program, an American Heart Association initiative. Participation in this program provides Phoebe with a patient management tool that will provide our stroke team with specific stroke data.  This data will assist in developing performance improvement activities that will further grow Phoebe’s stroke program.

Phoebe has already taken many strides to enhance its stroke program. In recent months, 91 percent of Phoebe employees were educated on the stroke awareness guidelines, several community groups were presented with information on stroke awareness and several stroke awareness displays were placed throughout the hospital and community. Phoebe also holds a stroke support group that meets the first Wednesday of every month, 11 a.m. – noon in the therapeutic recreation room at Phoebe North Campus.

Phoebe’s primary stroke certification program is led by Marla Morgan, MD, and Amanda Cauley, RN. Dr. Morgan is the medical director of the stroke program and Amanda is the program coordinator.

Dr. Morgan attended Albany State University and was the recipient of many academic awards while earning a bachelor’s degree in chemistry. She then went on to attend the University of Alabama School of Medicine in Birmingham where she completed medical school, a residency in neurology and a clinical neurophysiology fellowship before beginning work at The Kirklin Clinic and the University of Alabama at Birmingham (UAB) in 2003. She served as assistant professor in the Department of Neurology at UAB, director of the neurology clerkship for the medical school and assistant director of the neurology residency program while there. In 2010, she returned to Albany and started working with Phoebe Neurology Associates.

Amanda Cauley, RN, is the stroke program coordinator. She has been with Phoebe since 2009. She has a bachelor’s in psychology from the University of Georgia and a bachelor’s in nursing from Georgia Southwestern State University. She started her nursing career in the emergency department at Phoebe and transferred into the quality improvement department in 2013.

They are both excited about this opportunity and are looking forward to achieving primary stroke center certification for Phoebe Putney Memorial Hospital.

Please take a couple minutes to refresh your memory or learn for the first time about stroke: A stroke is when an area of the brain does not get the blood flow that it needs. This lack of blood flow can lead to cell damage and/or death. Blood flow is how brain cells get nutrients as well as oxygen. Brain cells can only survive about 4-6 minutes without oxygen. This is why one must act F.A.S.T. when presented with the signs of a stroke.

F — Facial drooping. Ask the person to smile. Is their smile uneven?

A — Arm weakness. Have them raise their arms. Are they able to raise both equally?

S — Speech. Is their speech slurred? Are they having difficulty understanding?

T — Time to call 911. If they show any or all of the warnings signs call 911. It is extremely important to record the time that the warning signs occur and get to the hospital. There are a couple of different treatment options available to help reverse the effects of stroke, but you must present to the hospital quickly and meet the criteria for treatment.

Approximately 795,000 people in the United States have strokes every year. More than 140,000 of these people will die. There are many factors that can lead to stroke, both uncontrollable and controllable ones.