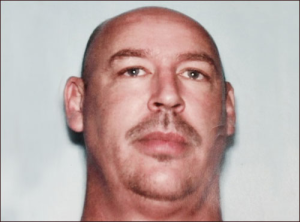 A Worth man suspected of committing burglaries in Dougherty, Worth, and Turner Counties was tracked down in Colorado thanks to the watchful eyes of a Sylvester Police Investigator. Forty-two-year-old Jason Semrau was allegedly caught on video breaking into a home on Oakwood Street in Dougherty County near County Line Road and Red Rock Road. Though authorities had the video showing a clear image of the man and his truck, no one recognized him. Albany’s WALB News featured the footage on one of their “Most Wanted” segments in late August when the Sylvester Police Officer took notice.

According to SPD Lt. Ronnie Graddy,

“I watch the news every day, and when I saw the video, I recognized the person in the video as Semrau. I’m just familiar with Jason. I’ve known him and his family for years. I was able to identify him and give that information so that Albany could obtain the warrants.”

Semrau has a history of committing burglaries all over South Georgia, and the suspect has been arrested multiple times. Because a few burglaries were committed in Worth County on the same day, Worth deputies are looking into a possible connection between the incidents. Semrau was ultimately tracked down in Colorado and arrested.

“He was suspected of the robbery in Dougherty and probably some here. They called me upon him being captured in Colorado. Of all the places, he was trying to pawn something. He was trying to go into a pawn shop. I assume he’s being extradited back to either Dougherty, Turner, or somewhere around here for the outstanding charges.”

The lieutenant says Semrau grew up here and has family here. Graddy also says that he has made contact with the suspect through law enforcement before, and he has known the man on both a personal and a professional level.

“I considered us friends, once upon a time,” the Sylvester officer says. “I don’t have any ill will towards him. He just needs to get his life straight… I wish him the best, and I pray and hope he can get his life together.”

Graddy says this case is also a good example of networking between various law enforcement agencies, municipalities, and counties.