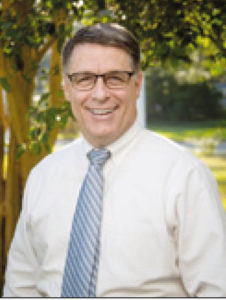 In the wake of the recent school shooting in Broward County, Florida, a renewed debate on gun control has been waged across the country. However, the conversation has also turned to arming teachers in an effort to keep our children safe in the classroom. As President Trump and several other public entities suggested that this may be a viable option to stop school shootings last week, Worth County High School History teacher and current Georgia Teacher of the Year John Tibbetts took to social media to take a bold stance on the topic. Last Wednesday, Tibbetts posted on his Teacher of the Year Facebook page,

“As a 21-year Army veteran who served in two active war zones, I neither want to be armed in the classroom, nor teach next to colleagues who are. If security of our students is important, then school systems must be willing to pay armed guards to sit around and wait. Or we could enact and strengthen reasonable gun control regulations. I’m a teacher, not a security guard.”

Following his words, the State’s Teacher of the Year shared a link posing the following questions:

Concerning the most recent shooting incident in South Florida, Tibbetts says the “backlash is just beyond the pale right now. They are doing what one would expect a group to do. They are taking a stand on what they saw with their own eyes and what they experienced.”

However, the teacher also affirms that he supports the second amendment. He says that he is a hunter and he owns a shotgun, and according to Tibbetts, “If someone wants to intrude on my house, I’d be happy to let them meet my 12 gauge. So, I’m not some gun control nut, but I am a veteran, and I know what an M-16 is for.”

He says that the AR-15, which seems to be used frequently in these mass shootings incidents, is not an effective hunting rifle, and most people are much better off with a shotgun when it comes to self-defense.

Additionally, the state’s teach of the year questions all of the liability issues that come with teachers carrying weapons to school. For example, who is responsible if a teacher attempts to take down an active shooter and accidentally shoots an innocent student. Or, what are the consequences when a student decides he can take down the armed teacher and use his or her gun to harm other students? Or, what happens in the event of an accidental discharge when a student is injured or killed?

Ultimately, Tibbetts says it is up to the tax payers and the state to decide that it is worth putting more trained officers on school campuses and patrol constantly in the event of an active shooter.