Students who study agriculture-related technology and agribusiness can expect to bring in the highest starting salaries among their cohort, according to the most recent agricultural salary study performed by Iowa State University.

This year, the staff at Iowa State’s career services office collected starting salary data from graduates at 17 universities from December 2014 and May 2015. The survey is meant to demonstrate employment trends so that employers and students can use the information when making career decisions, according to Mike Gaul, director of career services at Iowa State’s College of Agriculture and Life Sciences.

The career services office collected salary information from 2,913 graduates from 17 agriculture colleges. Of the 2,913 students, 39 percent went on to further their education and 61 percent of graduates entered the workforce.

Nationally, there are about 57,900 agriculture-related jobs that come open each year and only about 35,400 graduates to fill them, according to a study by the U.S. Department of Agriculture’s (USDA) National Institute of Food and Agriculture.

“If you’re looking for a career in agriculture or natural resources, there’s really not a bad major out there,” said Jean Bertrand, assistant dean for academic affairs for the University of Georgia College of Agriculture and Environmental Sciences. “The demand for graduates who understand agriculture and the life sciences is growing every year, and our college has the third-highest average undergraduate starting salary of any college at UGA.”

Agriculture program graduates, in general, have a better-than-average chance of landing a good-paying job after graduation, but the Iowa State study sheds light on what fields are the best paid from year to year, she added.

Compared to last year’s report, three sectors had a significant increase in average salary: animal science rose by 6.8 percent, agricultural technology rose by 5.4 percent, and agricultural economics and business rose by 5.2 percent. Agronomy was the only sector to report a decrease in average salary, down 4.4 percent from last year. The study’s organizers believe this could be attributed to an increase in the number of salaries reported.

“Based on personal observation,” Gaul said, “this sector remains very strong with highly competitive salaries for graduates.” Gaul added that the survey is dependent on the reporting of the participating schools. He hopes that in future years the study will include more graduates and will portray a more accurate picture of the employment prospects for college graduates with agriculture degrees.

The “2014/2015 Entrylevel Salary Information for Recent Graduates in Agriculture and Related Disciplines” can be viewed at tinyurl.com/iowastatesalarystudy. 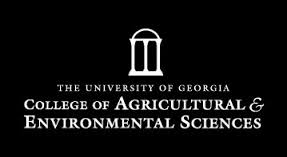