October 23, 2015, the Worth County JROTC had its first ever promotion board. The purpose of the board is to ensure cadet compete against their peers for leadership assignments in the Ram JROTC Battalion. The board consisted of LTC(Ret.) Brian Lassetter, Cadet LTC Tavashia Williams, Cadet MAJ Jacob Cothern, and Cadet CSM Jacob Garner. The competing cadets presented themselves to the board for a Class A Uniform inspection followed by a series of questions on JROTC topics covered in their Ram Battalion Handbook.  The winning cadets from the board held on October, 23 2015 were as follows: S2 Cadet CPT Tolleson, Bravo Company First Sergeant was Cadet 1SG Briana Johnson, and the top scoring member for Delta Company First Sergeant was Cadet 1SG Kasey Higginbotham.  We would like to congratulate these cadets for their hard work and dedication to the JROTC program as well as WCHS. 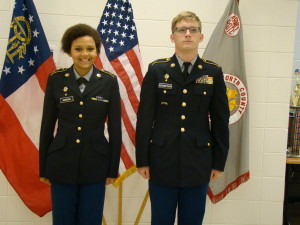 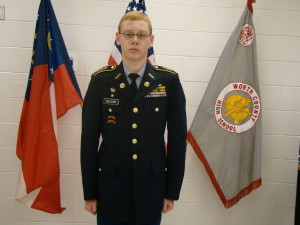