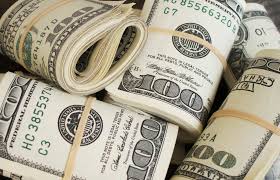 The driver of the vehicle was taken into custody for driving with a suspended license, speeding and theft by receiving stolen property.

Pursuant to most law enforcement policies, including the Worth County Sheriff’s Office, a vehicle inventory was conducted on the vehicle and Deputies found over $50,000.00 in cash inside the vehicle. At this time, we can not release the name of the person arrested. However, the person arrested is from out of state.