Georgia Forestry Commission wildland firefighters are trained to act fast and that’s just what they this summer, while serving on a wildfire in California. When an elderly gentleman staying at the group’s Arcata hotel suffered a medical emergency, Hunter Hinson, Seth Holland, Jason Wilson and Jim Reynolds jumped into action.

“I was walking down the hall when I heard a woman screaming, ‘Help! Someone please help!’” said Hinson.

Eighty-one year old Billie Reynolds was shouting out because her husband, 81 year old Lance Reynolds, was choking and couldn’t breathe. After calling 9-1-1, Hunter pounded on the door of his colleague, Seth Holland, who is a trained first responder.

“When I got there, the man was ‘gupping,’” said Holland, “taking his last breaths and turning blue.”

Holland said by that time, his colleague Jim Reynolds a Sylvester resident employed at the Worth County Forestry Unit had pushed through a growing crowd to enter the room, with the man’s wife hysterical outside the motel room door.

“He’d quit breathing, so we moved him off the bed to the floor,” said Reynolds. “Jason tilted back the man’s head, which released his tongue. I held his feet and Seth started chest compressions.” “I thought he was gone,” said Holland, “but all of a sudden he took a big gulp of air and came to a little bit. We laid him on his side, to open and ease the airway.”

Motel Sales Manager Suzanne Shirey was on the scene and remembers, “I walked into chaos! And I can’t even describe the relief I had when these guys just whooshed in and took over. I was so grateful.”

The stricken Reynolds was sitting up when the local emergency medical service team and police arrived to take him to the hospital.

Today, the Reynolds are back at home in Anderson, CA. While a firm diagnosis about the attack has yet to be determined, the Reynolds know for certain that they were fortunate that day.

“I was falling apart,” said Billie Reynolds, “I have never seen my husband have an attack like that, and then, there was an answer right there for us. We were so blessed.”

“I’m doing alright,” said Lance Reynolds, “and it was a miracle that we stayed at a motel with four men who knew what they were doing. I never got to talk to them, but they saved my life. I wouldn’t be here today if it wasn’t for them.”

Jim Reynolds traveled to California twice this year to assist with the devastating wildfires. 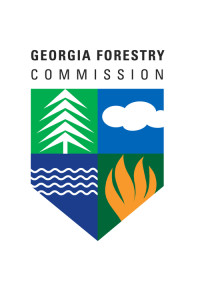