The Worth County Board of Education unveiled plans to build a new high school during last Thursday’s regular meeting. After Chairman Butch Jenkins mentioned a resolution to request assistance from the Georgia Department of Education. Superintendent Kay Mathews explained, “We’re looking at a changing facilities plan to get advanced funding for a new Worth County High School. In order to do that, we had to change the facilities plan addressing, for example, the roof at the middle school.”

The board would request $10 million dollars to build the new facility. However, Mathews also mentioned that if the board did request the funds immediately, the funds would not be available again until 2021.The board voted unanimously to approve the resolution.

Also concerning funding for the new school, Chairman Jenkins mentioned that the current SPLOST funding for the school system will expire in 2017. Therefore, they would need a referendum on the ballot to extend the SPLOST tax to continue funding the construction of the new building. Again, all voted in favor.

The current high school has been in use since 1977. It was originally constructed with an open floor plan, using plywood dividers to separate the classrooms. Over the years, renovations have been added to create traditional class rooms. However, the original HVAC system remains on the roof and is inefficient for heating and cooling the renovated rooms. Updating the heating and air conditioning would require the school to also replace the roof. The Sylvester Local will provide more information on the plans as they become available.

Prior to the discussion of building a new high school, the meeting began last Thursday evening with Worth County High School Principal Scott Chafin recognizing WCHS’s new JROTC instructor LTC Brian Lassetter. According to Chafin, “Lieutenant Colonel Lassetter has come in and done an outstanding job for that program and has actually brought some different aspects to that program. He has done a fabulous job in leading our students in the ROTC program…”

Next, LTC Lassetter introduced members of the 48th Infantry Brigade from Macon who were also in the audience. Lassetter served with these men until he retired last fall and took over the JROTC program in Worth County. The Lieutenant Colonel explained, “Here I am, a guy that retired and has been gone out of the formation now for almost a year. These are some of my friends, and these are the kind of gentlemen that we have right now defending. When you think about the last week, right now as a world, and where we are, these are the kind of young men, and if they were here, young ladies that are representing us in our formations today.”

Lassetter also mentioned that his former Brigade has also donated $2,500 to the Worth JROTC program to provide shorts and shirts for the students to train in.

After hearing the introduction, LTC Chris Corley addressed the school board. He stated, “What we do is produce leaders… I appreciate y’all giving him the opportunity to exercise his leadership in your school system. This award is called the Legion of Merit, and it takes three months to get processed… a three star general has to sign, so it’s a pretty big award. Most of you are familiar with the Bronze Star. This is above that. It’s just a small token of appreciation for his four deployments and service to the country.”

LTC Corley then presented LTC Lassetter with the Legion of Merit award.

Following the ceremony, the board heard from Unit Commander Nathaniel Lowman of the Albany Young Marines. Lowman introduced 11-year-old Worth County Middle School student Matthew Spikes. The unit commander stated that the young man praises his school and his community everywhere he goes. Lowman said the purpose of the Young Marines was to make children like Matthew into better leaders and citizens. The Young Marine then read a letter to the board thanking them for their support.

After hearing from the evening’s guests, Chairman Butch Jenkins announced that the board would be opening bids for gasoline and diesel. The board received three bids from Brad Lanier, Mansfield Oil, and Jim Hinton. Though there were questions concerning line item taxes included in the bids, so the board tabled the matter until they could determine if the bids meet specs.

Next, the board opened bids for propane. Again they received three bids Ferrell Gas, Webb Brothers, and Modern Gas Modern gas was the low bid at +/- $1.099 (subject to market price). The school board voted unanimously to accept the bid from Modern Gas.

Finally, board members opened bids for a new school bus. They received two bids from Yancy for $97,004 and $78,241 for buses with different package options, and they received a bid from Thomas Buses for $87,491. But again, the members ultimately decided to table the bid until the buses could be compared to bid specs.

The Board of Education will hold their next regularly scheduled meeting on Thursday, December 10 at 7:00 p.m. 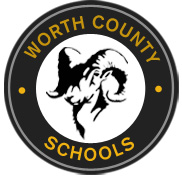