The Middle South Georgia Soil and Water Conservation District Board of Supervisors and its cooperating banks held their Annual Conservationist of the Year banquet at the Peach Barn at TimberMill Acres in Tifton on November 19th, 2015. Wayne & Chris Burdette Farms is this year’s 2015 Conservationist of the Year winners for Worth County. Wayne and Chris Burdette are a father and son team who are committed to making sure their land will be well taken care of long after they are gone. The Burdette family has been farming for generations before father Wayne was born and son Chris hopes to pass the tradition on to his three children. The Burdette’s have separate farms, but both help work the land together. They are 75 % reduced tillage, and they grow a cover crop consisting of wheat, rye and small oats after fall harvest to prevent soil erosion. “We are trying to improve this land and be better stewards of it,” says Wayne.

Farming is all Wayne’s ever done since getting married to his wife Diane and renting some land from his Uncle to get started in the farming business 43 years ago. Chris followed in his footsteps and began farming by renting some farmland from his dad while he was in high school to grow cotton and peanuts. “A farmer is the biggest gambler there is.” says Wayne. Last year Chris convinced Wayne to install a GPS system on one of their tractors. While hesitant, Wayne soon realized that the GPS was a good investment. Wayne says, “Every farmer needs a younger farmer to spend his money for him.” Some of the conservations efforts the Burdette’s have incorporated on their farm include, retrofitting high pressure center pivot systems to low pressure; cover crops; strip till; and reduced till. The Burdette’s have been consistent with maintaining soil for erosion and have utilized gin trash on hard clay land, as well as installing terraces and grass waterways. Wayne and Chris have also converted from diesel to electric, and participate in NRCS programs such as CSP and EQIP. Chris and Wayne are both members of the Worth County Cattlemen’s Association. Chris and his wife Rhonda along with their three children attend Northside Baptist Church in Tifton. Wayne is a lifelong member of Salem Baptist Church where he attended as a child, but currently attends Ty Ty Baptist Church with his wife Diane for the past 40 years. The Burdette’s philosophy is “Treat your land with respect so that future generations will have land to carry from generation to generation; always believe in God and have faith and high hopes that things will work out for the best.” Congratulations to Wayne and Chris Burdette Farms as Conservationist of the Year for Worth County! 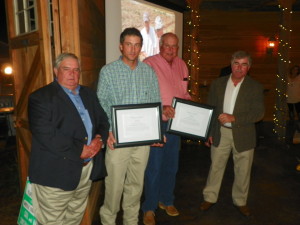 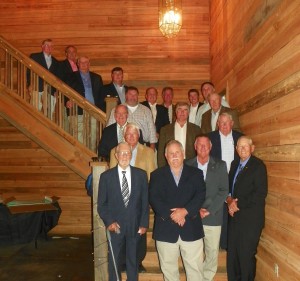 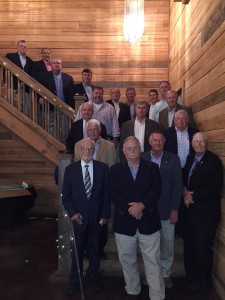