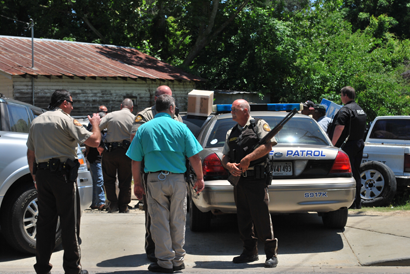 “It’s one of the largest drug busts in South Georgia that I’m aware of,“ stated Worth County Sheriff Jeff Hobby.

Upon arrival, officials secured the premises and discovered several cardboard boxes stacked in the back of 63-year old Clifford Lee Alford’s pickup truck. Weighing in at 799 pounds, the marijuana has an estimated street value of approximately $958,000. A thorough search of the property resulted in the seizure of bank statements and financial records, as well as the impounding of four vehicles.

Calvin Hooks had been previously charged twice with trafficking in the 80’s and Willie James Jones is currently serving federal probation after being released in 2011 following imprisonment for distribution of cocaine.