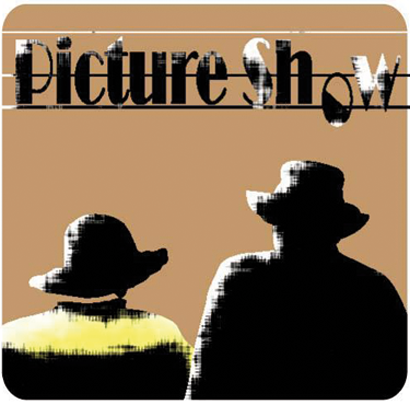 In conjunction with Cities Week showcasing the various talents of Sylvester and Worth County artists, the original film Picture Show by local filmmakers Robyn Young and Jonathan Hicks is scheduled to play this Friday, April 18th at the old Empire Building on Isabella Street downtown. The movie will be shown at 7 p.m. and again at 8:30 in conjunction with the Art Gala hosted by the City of Sylvester in celebration of Georgia Cities Week.
After winning an award for the screenplay based on her grandparents, Robyn Young decided to make the short film here in Worth County. A long process of filming and editing followed before the short was ready to be showcased. Eventually, Picture Show would be chosen as an official selection at several film festivals in the south from Macon, Georgia to Memphis, Tennessee.
However, the young filmmakers have experienced a full spectrum of emotions in the last year as Jonathan was diagnosed with lung cancer at the age of 27 in March of 2013. The young man was misdiagnosed for several months before the cancer was discovered. It was determined to be a genetic predisposition as he has never smoked.
Jonathan struggled with chemotherapy and other medication as Robyn worried over and wished for his well being. Finally, a new medication was offered to Jonathan, and the treatment seems to be working as his health and immunity are improving while the cancer is shrinking. Hicks still has a long way to go, but this illness has not stopped the couple from moving forward with their relationship or their art.
Jon and Robyn were married in Atlanta on Jan. 25, and through their experience, Jon has written a new film titled Nirvana on the experience of fighting lung cancer. The film will also be directed by Hicks, and Robyn will act in the short picture.
Like Picture Show, the filmmakers have started an IndiGogo page to raise funds for the project. The movie will be filmed in Atlanta, near their home.