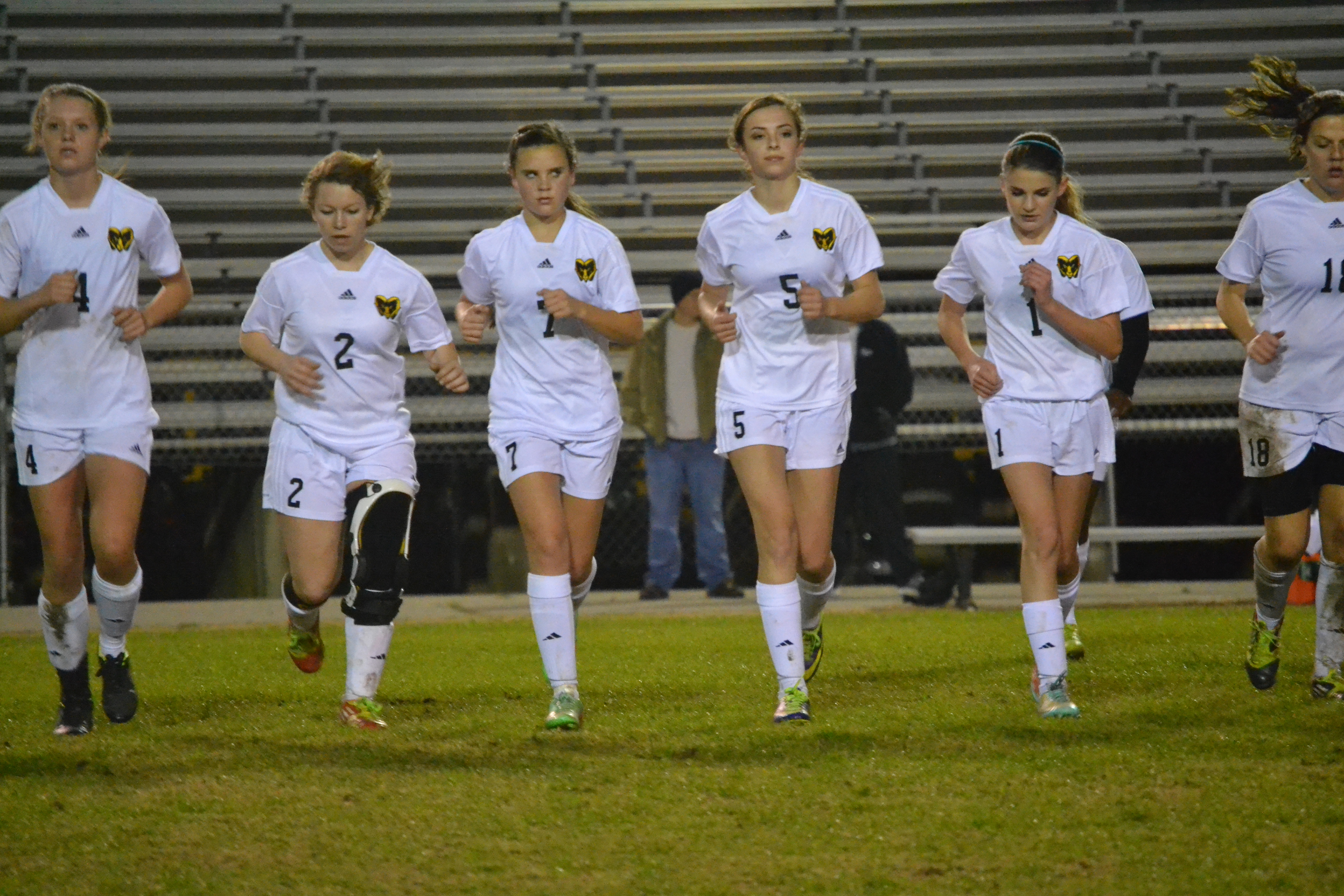 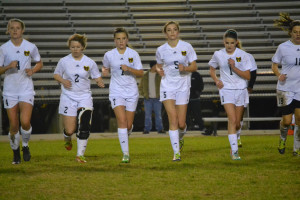 The Worth County Rams soccer program felt the pressure of an extra game last week after the region contest against Monroe was rescheduled due to freezing temperatures on the previous Thursday. Instead, the game was held last Monday in Albany. Both the girls and boys teams defeated Monroe easily to earn their second region victory in as many games. The girls blew out the Lady Tornadoes, 10-0, while the boys won, 7-0.

Then on Tuesday, the Rams returned home to Worth County Stadium for their third consecutive region match, and their third straight game against an Albany team. The Lady Rams again decimated their Albany adversaries with a 9-0 shutout victory, but the boys had a little tougher time. The boys still won though, 5-0.

Already weakened with an injured Colby Bearden, Worth suffered another blow on Tuesday as Hunter Jones took a couple of hard shots to the head during the game. After sitting on the bench for a few minutes, Rams head coach Colby Simpson called for an ambulance to transport Jones to the hospital. On Friday, Hunter’s mother, Lisa Jones reported that her son suffered minor muscle tears to the neck and shoulder area, and he had a slight concussion. So far, he has been cleared to return to school, but he will return to the doctor this Thursday for a follow up on the concussion. It is still not clear when Jones or Bearden will be able to return to the field.

Tied at 5-5, the Lady Rams scored again with ten minutes left in the game and looked like they might take the hard earned victory, but the Thomasville girls would score again before the contest ended in a 6-6 tie. Because it was not a region game, the teams did not settle the match with overtime play. Then, the boys faced an equally tough team in the Bulldogs, but the Worth team would never score. Ultimately, the boys suffered their first loss of the season, 0-2. Though, the loss is against a non-region opponent.

On Tuesday, the teams will hold their annual “Pink Out” games as they take on the Fitzgerald Purple Hurricanes at Milt Miller Field in Sylvester. Then on Thursday, region play resumes as the soccer program returns to Albany to face the Westover Patriots. Next week, the Rams continue their region schedule on the road as they travel to Cook County Tuesday before visiting Americus next Friday.