A Sylvester woman was the victim of a vicious home invasion while reportedly visiting her step brother in Kingsport, Tennessee. Amber Purifoy, 23, and her brother, 18-year-old Dylan Ferguson, were in Ferguson’s apartment in Kingsport when police were called to respond to a report of shots fired at approximately 5:30 Friday evening. Upon entering the resident, Kingsport police found the siblings inside with apparent gunshot wounds.

While Ferguson did not survive the shooting, Purifoy was transported to Holsten Valley Medical Center “for emergency treatment of life threatening injuries” where she remained in critical condition as of Monday morning. Upon investigating the scene, KPD named Marvin McClore as a suspect in the crime. According to a statement issued by the Kingsport Police on Friday,

“While many questions remain unanswered, at this point it appears that this incident was not a random act of violence and looks to be domestic in nature.” 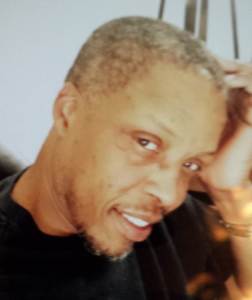 Just over 12 hours later, at approximately 6:00 a.m. on Saturday, KPD had tracked the suspect down to a Holiday Inn hotel room in nearby Johnson City, Tennessee. However, as officers moved in, they found McClore dead of an apparent self-inflicted gunshot wound.

Additionally, Tommy Campbell, Editor and Publisher, of the Rogersville Review in Tennessee provided the following information to the Sylvester Local on Monday afternoon.

KPD Public Information Officer Thomas Patton said that while the suspect is now deceased, the case remains an active murder investigation, “with many questions remaining unanswered”.

During their investigation, Patton said that detectives identified McClore – who was reportedly known to the victims’ families – as a suspect and obtained warrants for his arrest.

Patton described the shooting as “not a random act of violence”, but, since the investigation is still ongoing, declined to release details of a possible motive.

Persons who have information that would be helpful to detectives investigating the case are asked to call KPD’s Crime Stoppers’ Tip Line at 423-247-5100 and leave a message. You do not have to give your name.

The Sylvester Local is working to gather more information on this violent incident. Any new details will be available in next week’s issue.