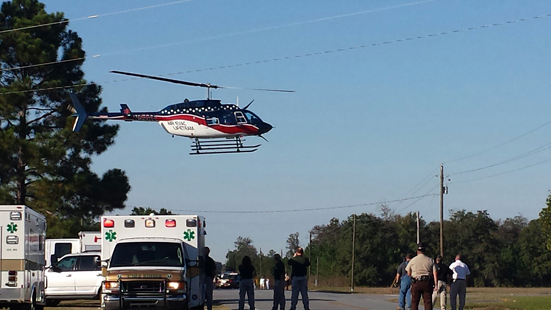 Worth County rescue personnel received a call at approximately 4 p.m. today regarding a three-year-old Worth County toddler who suffered severe burns after falling into a fire. Emergency workers met the family at Antioch Baptist Church on the corner of Hwy 313 and Jewel Crowe Road, where they awaited the arrival of Lifeflight, who transferred her to Augusta. The young girl suffered burns to her head, face, and upper torso, but was reported to be in stable condition. According to her family, she was playing in the yard with her mother when she accidentally fell into a yard fire. Officials tells us she was dressed only in a diaper, which helped decrease the significance of the burns.