Kate LeAnn Wooten and Brock Justin Wilson were united in marriage at 5:00 p.m., November 14, at First United Methodist Church in Athens.  The ceremony was performed by the Rev. Dr. Don Kea of Macon.

Given in marriage by her father, the bride was lovely in a formal-length, ivory strapless gown of satin. It featured ruching across the fitted bodice which opened to a trumpet style skirt embellished with a crystal medallion at the waist. The bride carried a French hand tied bouquet of fresh New England foliage and rich seasonal flowers and berries in shades of burgundy, tangerine, golden yellow, green, and purple.  Matching arrangements adorned the brides’ table, altar table, and family pews.

The bride’s parents entertained guests with a reception at the Taylor-Grady House.  Mrs. John Thomas Parker, of Tifton, aunt of the bride, greeted guests. The Grapevine Band of Macon provided music for dancing. The bride’s cake alternated tiers of vanilla with strawberries and cream and chocolate graham cracker cream filling iced with Italian butter cream and was decorated with seasonal flowers and greenery. The groom’s vanilla New York style cheesecake was embellished with the Rocking W Angus brand and garnished with choices of fresh blueberries, strawberries or chocolate ganache.

Guests lined the walkway of the Museum and tossed dried lavender as the newlyweds departed.  Following their honeymoon to San Francisco and the California Napa Valley the couple resides in Commerce where the groom is co-owner and Chief Operating Officer of K12 Solutions Group, LLC, and partner in Rocking W Angus, and the bride is an agriculture teacher with the Jackson County School System.

The groom’s parents hosted a dinner party to honor the bride and groom at The Taylor-Grady House on November 13 following their wedding rehearsal. Among the sixty guests attending were members of the wedding party, immediate families, and out-of-town relatives. 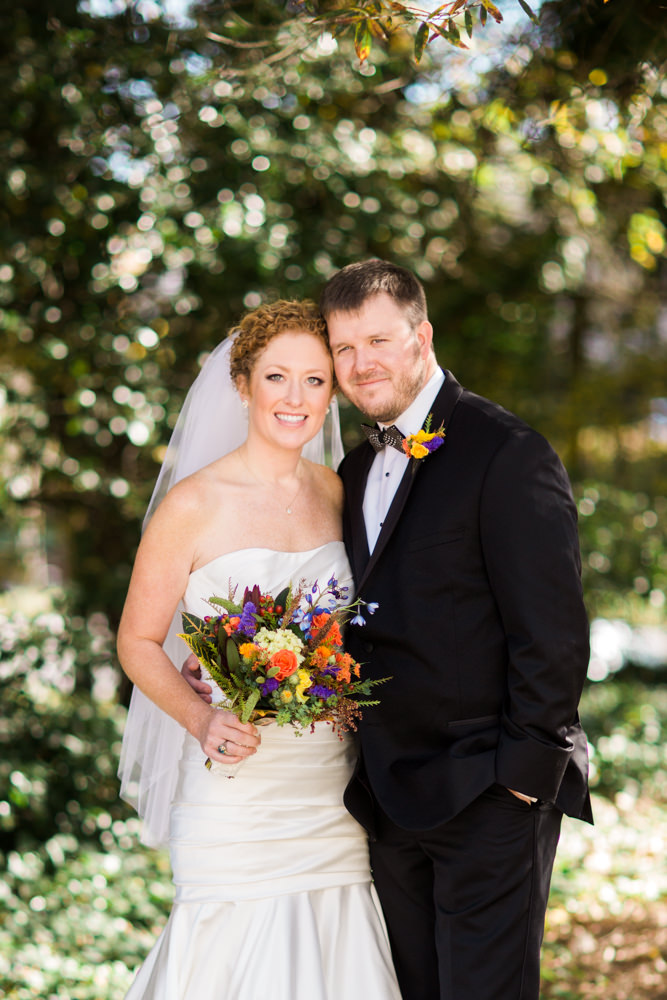