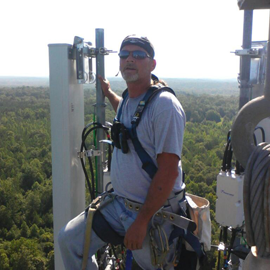 Worth County Class of 1982 graduate John Dailey  died at approximately 5:30 yesterday evening. According to officials, Dailey fell approximately 200 feet after attempting to hook a carabiner on his safety harness while assessing a cell tower.

According to officials, Dailey was working on the tower for Transmit PM LLC of Duxbury, MA. No further details are available at this time.

Funeral arrangements are being handled by Banks Funeral Home of Sylvester.