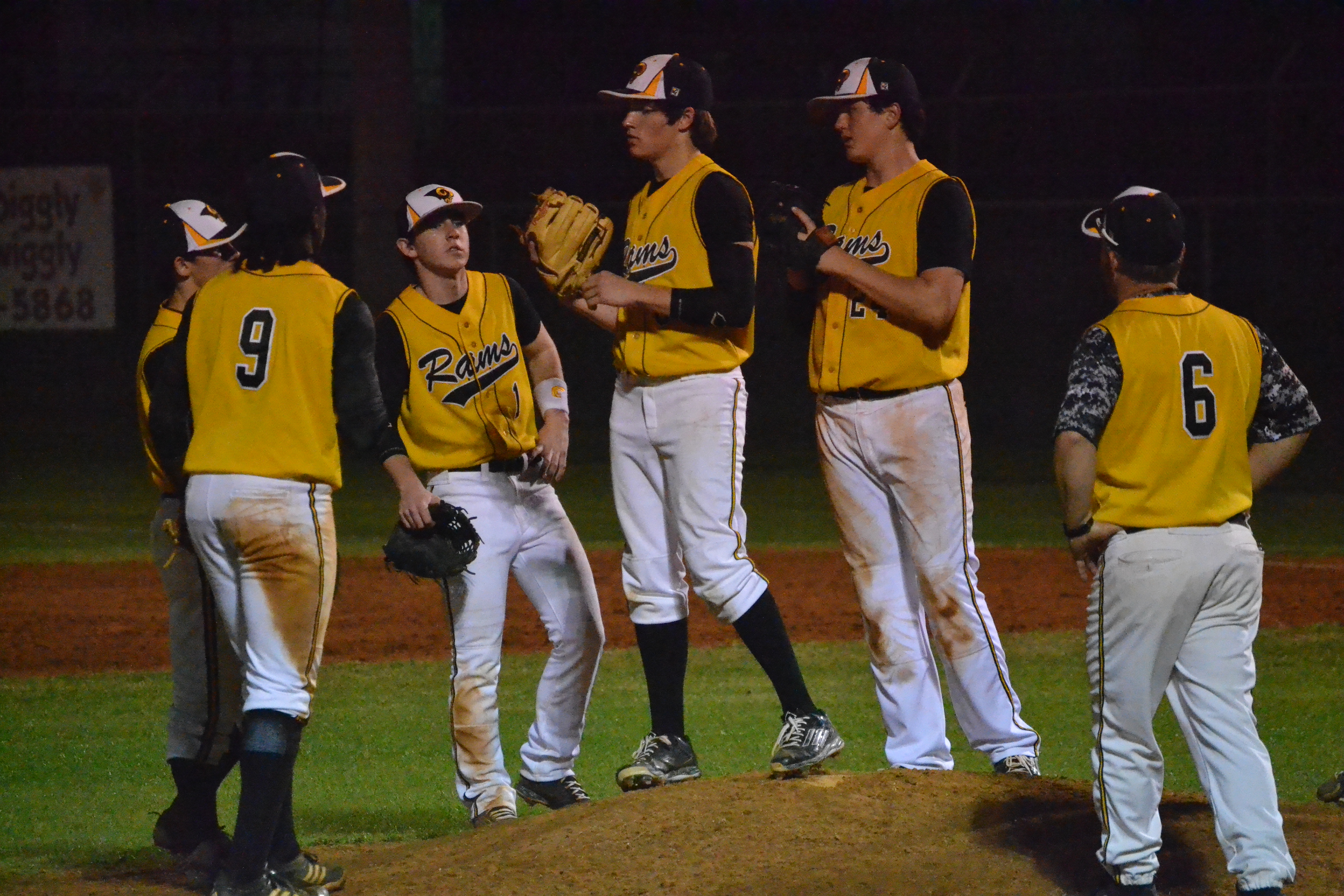 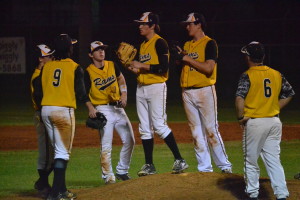 Following four consecutive wins to start the 2015 season, the Worth County Rams baseball team hosted the Cairo Syrupmakers last Tuesday night at Pope Park as their first contest against a region opponent this season.
Cairo always serves as one of 1-AAAA’s toughest competitors for the Rams, so they knew they’d have to play at their best if their winning streak was to continue. After four innings of play, it looked as though the Worth team was in control with pitcher Jake Jones shutting out the ‘Makers. Meanwhile at the plate, the Rams established an early lead when Tyler Moore drove in Shelby Cox in the first inning. Then in the bottom of the third inning, Aaron Franks and Denzel Gowdy scored on a line drive to center field by Tripp Goff.
The Rams were up, 3-0, as the game was winding down, and they seemed to be in control. But in the fifth inning, Jones’ arm began to tire. He walked two batters. Then he hit a third to load up the bases. Rams Coach Will Smith pulled the pitcher and put in his closer, Denzel Gowdy to try to get the Worth team out of the inning without damage. Instead, on his second pitch, the Cairo batter connected and fired a shot over the center field fence for a homerun. In the blink of an eye, the Rams went from a three run advantage to trailing by one.
Gowdy did not appear shaken by the turn of events. He settled in and ended the game without any further incident. But, the Rams did not cross the plate again before the game ended. The Syrupmakers would win, 4-3.
Then the following evening, the Worth team travelled to Baconton for their second game of the season against the Blazers. In the prior game, the Rams rallied late in the game to smash the Blazers, 9-1. But, the Worth boys would not be so fortunate in the rematch last week. The Baconton Charter team put up five runs against Worth pitcher Austin Jackson while Blazer pitcher Brooks Pinson shut down the Worth offense.
When the pitchers were changed late in the game, the Rams fought back with five runs on five hits against the Baconton relief arm, but the Blazers also put up another four runs against Worth’s Cody Reddell. In the end, the Blazers were victorious, 9-5, and the Rams were handed their second loss of the season.
This week, the Rams have another tough week to navigate with three games against region teams. With region play now in full swing, the Rams will face a new 1-AAAA opponent in Cook County on Monday night at Pope Park in Sylvester. The Hornets are expected to be a tough region foe, but they have struggled early this season. On Wednesday, the Rams travel to Albany to take on the AHS Indians. Then on Friday, the Worth team returns home to face the Dougherty Trojans.
Next week, the Rams will face three more region rivals in Crisp, Bainbridge, and Westover. The game against Bainbridge will be played at home on Wednesday with the opening pitch set for 5:55p.m.