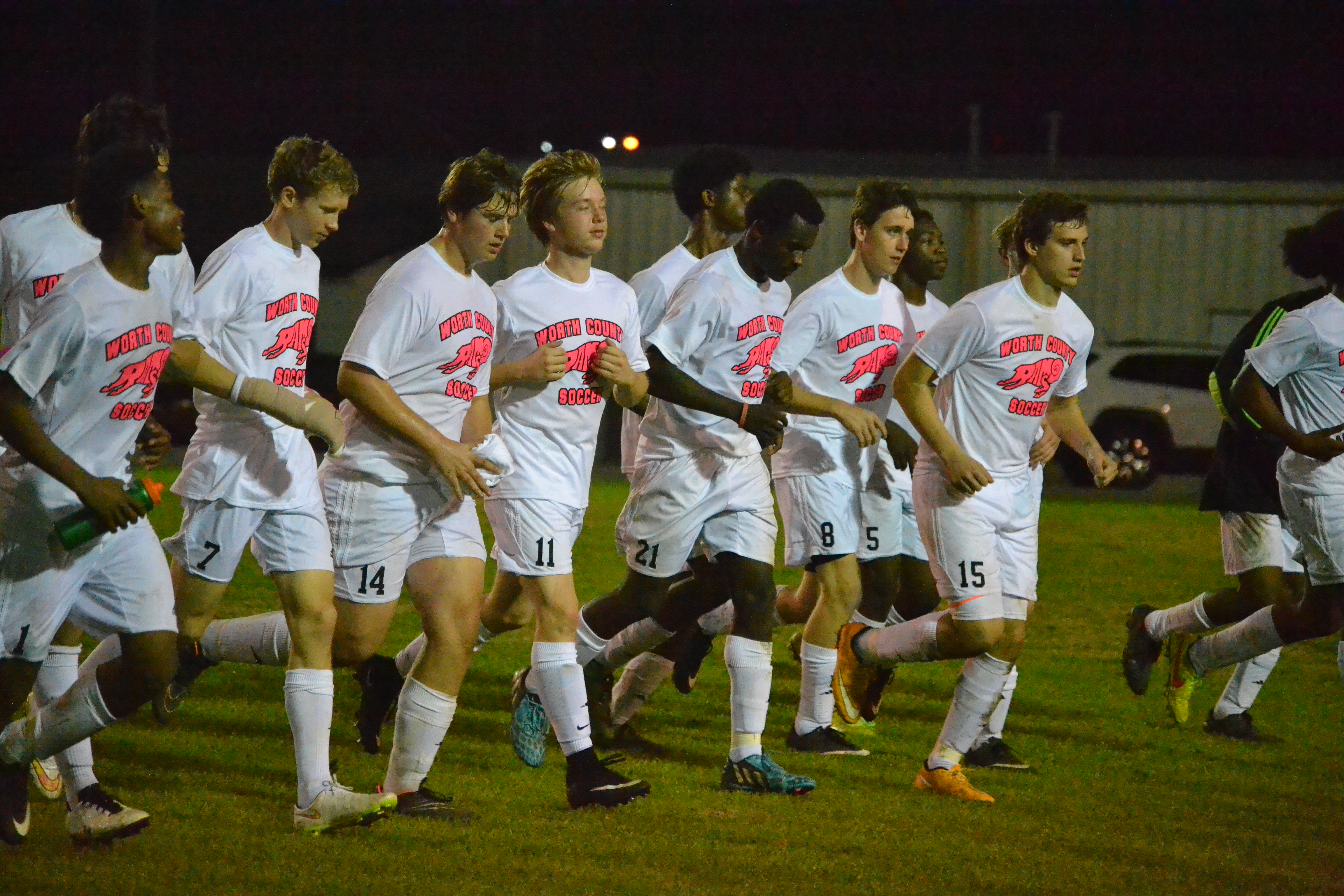 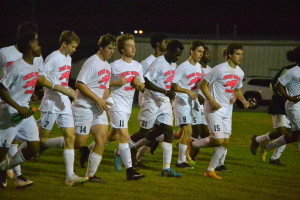 While the Rams baseball team was battling Cairo last Tuesday night, the Worth County soccer teams were facing Fitzgerald in the annual “Pink Out” games to support cancer survivors. In addition to the celebration between the girls’ and boys’ games in which survivors took the field with WCHS soccer players, the teams held a silent auction throughout the evening to raise funds and help with the medical expenses of recent Worth County graduate Dontate Cooper. Cooper was diagnosed late last year with Stage 4 Hodgkins Lymphoma. Reportedly, the auction exceeded the goal they hoped to reach. And, the soccer program will present Cooper with a check during their next home game on Tuesday, March 17, when they host Thomas County Central.
Wins for both teams was icing on the cake for the Rams last Tuesday evening. The girls edges out the Lady Hurricanes, 2-1. The boys established an early lead over the ‘Canes in the second game. The Rams scored their last goal of the evening with 8:34 remaining to pull ahead by an insurmountable, 5-1. However, the Fitzgerald boys slipped the ball past their own goalie before the game ended to tack another point on for the Rams.
With a minute remaining in the game, Fitzgerald fired a wild shot from midfield that bounced off the crossbar atop the goal and past the Worth goal keeper. When the final buzzer sounded, Worth claimed the victory over Fitzgerald, 6-2.
Then on Thursday, the Worth teams travelled to Albany to take on the Westover Patriots. The boys played first Thursday and defeated the Pats to maintain a perfect 4-0 record in region play. According to Worth Soccer Coach Colby Simpson, the girls fought hard until the end, but came up short in their game against the Lady Pats, 2-5 for their first loss in the region this season. Now the Lady Rams stand with a 3-1 record in 1-AAAA.
This week, the teams will play on the road against Cook on Tuesday before travelling to Americus on Friday to take on the Panthers. These are both region contests.
Next week, the soccer teams will return home on Tuesday to host TCC before travelling to Cordele next Friday to face the Crisp Cougars.