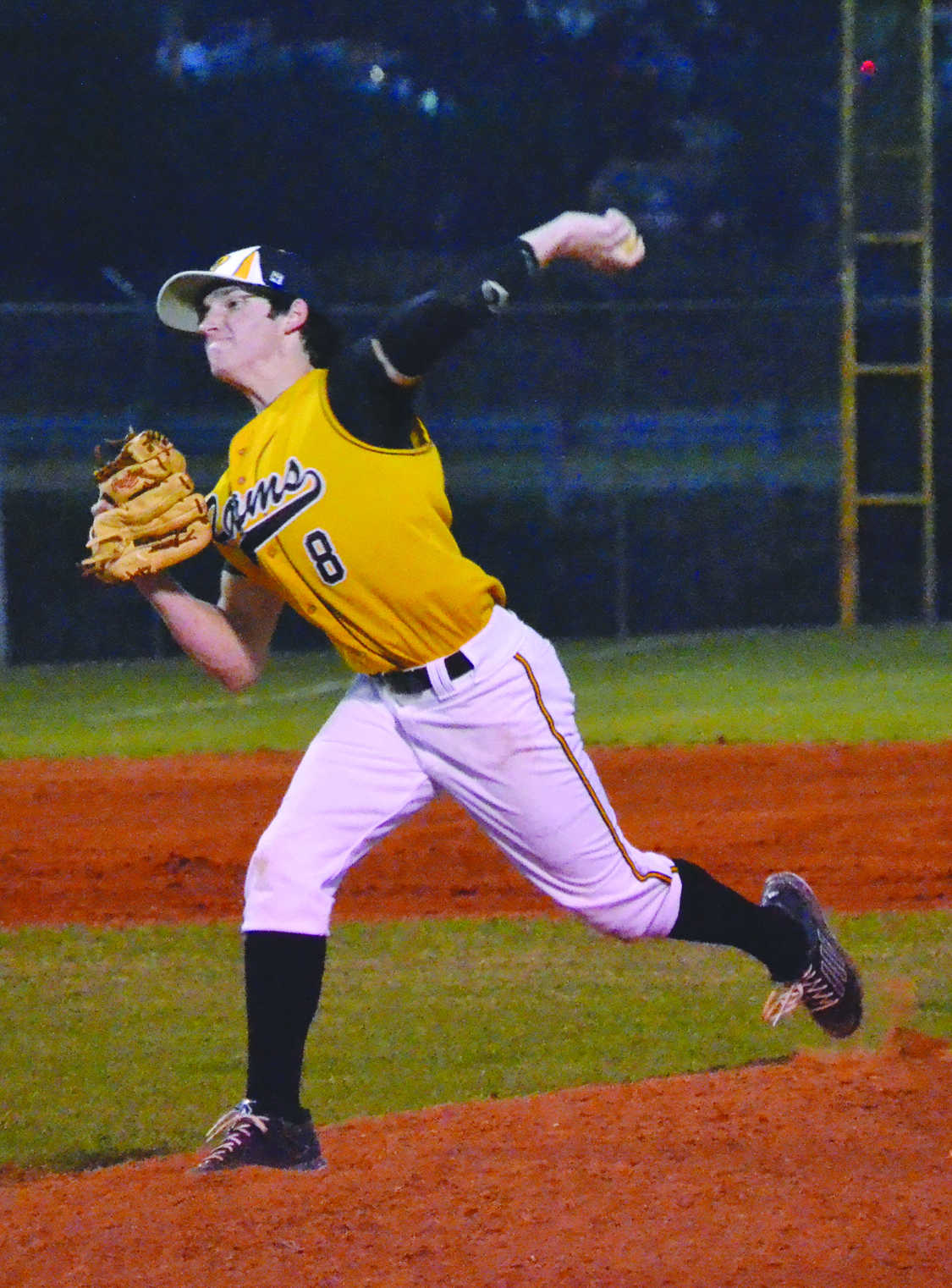 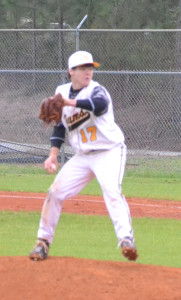 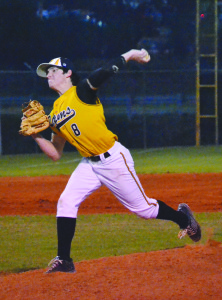 Following an astonishing last inning victory over the Bainbridge Bearcats and a convincing win against the Westover Patriots two weeks ago, the Worth County Rams baseball team tacked on three more region wins last week in impressive fashion.
On Monday, the Rams hosted the Thomas County Central Yellow Jackets in their first contest as 1-AAAA opponents. Like the Bearcats from the previous week, TCC is a AAAAA school that was allowed to play down a class while smaller schools in the region were forced to play up.
With Denzel Gowdy again on the mound for the Rams, threw a no hitter through the first four innings against the jackets. Though the Rams did manage a pair of hits off of the TCC pitcher, the Worth team also struggled to cross the plate. In the fifth, Head Coach Will Smith put in junior south paw Jake Jones to close out the game. But, the pitching duel continued in epic fashion as the teams awaited the first run to score.
The seventh inning ended, then the eighth, and then the ninth. Finally, in the bottom of the tenth inning, Hunter Goodwin singled to drive in Reece Goodwin and win the game.
On Wednesday, the Worth team travelled to Albany to take on the Monroe Golden Tornadoes. With Cody Reddell on the mound, and a big presence at the plate, the game was called after four innings with the Rams on top, 11-1. Aaron Franks, Jonathan Cirullo, Tyler Moore, Cody Reddell, Reece Bozeman, Denzel Gowdy, and Hunter Goodwin were all credited with RBIs in the game. Worth County put up five run through the first three innings, then unloaded six more runs in the fourth to end the game with a 10 point advantage.
And on Friday, the streak continued as the Rams travelled to Americus to face the Panthers in their third region game of the week. This outing, Austin Jackson threw four innings without allowing a single hit before Hunter Goodwin finished the perfect defensive effort by completing the no hitter in the fifth. Meanwhile, the bats stayed hot and put the game to bed two innings early. Worth established a devastating lead by putting up seven runs in the second inning. The Rams scored two more in the third. Then, they scored four more in the top of the fifth to clinch the victory.
Including the seventh inning rally to win over Bainbridge two weeks ago, the Rams have gained five consecutive region victories to shift their record to 10-4 overall. The Rams now hold a 6-3 record in region play. Since beating the Bearcats, the Rams have outscored their opponents, 32-4.
However, the Worth team still cannot take a moment to revel in these recent victories as the second round of Region 1-AAAA contests began this week with the Rams continuing their series of away games. On Monday, the Rams travelled to Cairo for a rematch against the Syrupmakers. And on Thursday, the Worth boys will head to Cook for the second game of the season against the Hornets. Early in the season, the Rams suffered heartbreaking loses to these two teams, and games were decided by a mere pitch or two. So, earning vengeful victories against the two region foes could prove pivotal as the Rams continue clawing their way back into the hunt for another region title.
Next week, the team will return home on Monday to host a double header against the Albany High Indians. In a rain cancelled game early in the season, the Rams scored over ten runs in the first two innings against the Albany team. On Wednesday, Worth will travel to Albany to face the Dougherty Trojans. Then on Friday, the boys return home for their second contest against the Crisp Cougars in 2015. The Rams fell, 3-9, against the Cougars in Cordele on March 16.