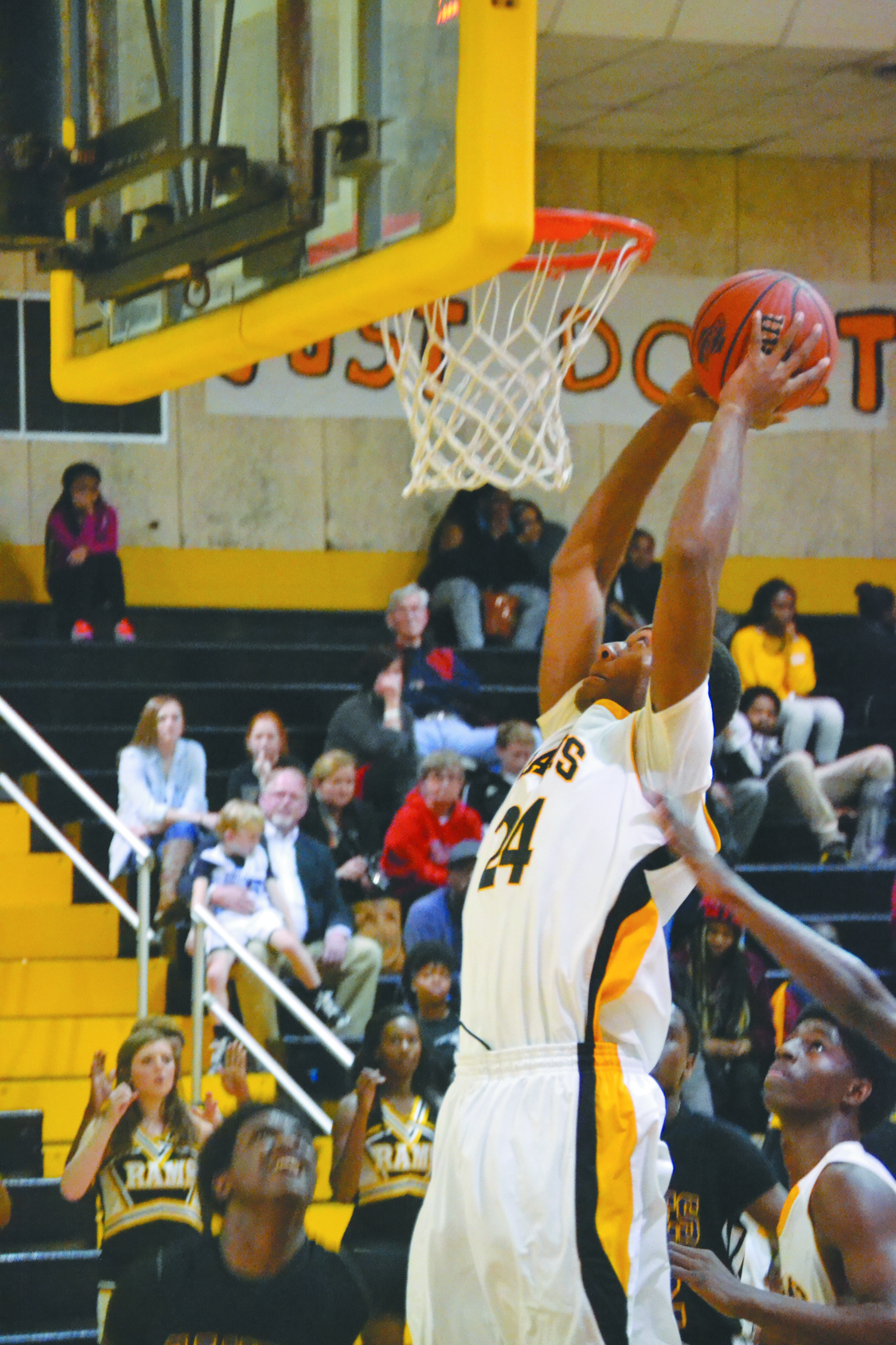 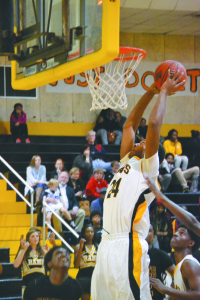 The Rams basketball team returned home to the Worth County High School gym last Thursday after more than a month on the road, and the Worth boys dominated the Fitzgerald Purple Hurricanes for an 88-69 final score. The Rams outscored the Canes in the first quarter, 24-15, to establish a dominant lead, and they outscored Fitzgerald in the remaining three quarters to continue pulling away, and never give the Canes a chance to come back.

Then on Friday, Worth traveled to Albany to play a region game against the Monroe Tornadoes. Coming into the contest against the Rams, the Tornadoes held a 7-8 overall record. And, Monroe is ranked behind the Rams in region standings. However, Monroe upset the Westover Patriots last Tuesday by 20 points, and Westover is currently ranked second in the region behind Bainbridge. So, Monroe would pose a serious threat to the Rams’ postseason hopes.

The game was close for the first two quarters. At halftime, Monroe led by a single point, 26-25. But in the third quarter, the Worth offense stepped up to put up 27 points while the Tornadoes on managed to score 18, giving worth an eight point advantage heading into the final quarter. The fourth was a desperate shootout, but the Rams matched Monroe’s 24 points to maintain their eight point margin and win the game, 76-68.

“I think we’re right where we need to be. We’re playing a tougher schedule than we did last year. The two games we lost by one point, those are the ones that may be a little disappointing. But with everything else, we’ve been playing really hard… We’re playing a tougher schedule and tougher teams, Hopefully that’s going to prepare us for the region tournament and the state playoffs.”

Following Friday’s big region victory, the Rams are hot on a four game winning streak, and they have won the last two Region games on the schedule. At this point in the season, just over the halfway mark with ten games left to play, Worth holds a respectable 9-5 overall record, and an even 3-3 record in region play. A shot at the region title is still within reach for the Rams. While the team is mired back in seventh place overall in Region 1-AAAA, the region, like in football, has been broken into subdivisions for the 2014-15 season.

While Westover beat Worth in their first contest, Monroe beat Westover and Worth beat Monroe last week. Bainbridge and Monroe are ranked first and second overall in the region right now. The Rams will face Westover in a rematch in Sylvester on Tuesday. A win over the Patriots will surely shakeup the current standings. Beyond Tuesday’s home game against Westover, the Rams played Tattnall Square from Macon on Monday in Crisp County as they participated in the MLK Shootout Tournament. On Friday, the boys will play another home game as they host the Early County Bobcats. And finally, on Saturday, the boys will travel to Thomasville to take on TCC in another vital region contest.